The Wonderful 101 is a "mass-hero" action game developed by PlatinumGames and published by Nintendo, released exclusively for the Wii U and directed by Hideki Kamiya.

It began development as a crossover game featuring one-hundred Nintendo characters, but this idea was quickly scrapped. Instead, it became a superhero game about one-hundred superheroes (with the player being addressed as the one-hundred-and-first). The Wonderful 101 can be seen as a contrast to PlatinumGames' previous works, as it has a much more vibrant and bold colour palette, and has what might be considered a lighter storyline. It is also heavily inspired by one of Kamiya's older games, Viewtiful Joe, which was a game inspired by tokusatsu films and TV shows.

An updated port of the game, titled The Wonderful 101: Remastered, was the first product to be self-published by PlatinumGames after a successful backing on Kickstarter. It was released on Nintendo Switch, PlayStation 4, and PC through Steam in May 2020.

Connections to the Bayonetta series

Since both games were developed by PlatinumGames and are both action games, they share a lot of similarities:

In order to normally unlock them, the player must get specific sets of achievements, known in the game as "bottle caps", as listed here. (See "Hidden Characters" section.)

With the release of Bayonetta 2 in the west, PlatinumGames announced that the game has a special cheat code , dubbed as the "Platinum Code", which players can input to unlock Bayonetta at the very start of the game. However, players must have completed the game for the first time in any difficulty, and have 2,000,000 O-Parts (the equivalent to Halos in the game).

At the start of Operation 001-A, while holding the ZR button, press [↑ ↓ ↑ → ← XBYA]. A small jingle will sound if entered correctly. In the Remastered version of The Wonderful 101, the directional inputs for the code were changed to [↓ ↑ ↓ ← → XBYA][1]. The ZR button must still be held.

Players are also capable of unlocking Hideki Kamiya himself as a playable character, as "Wonder-Director". His weapon is his sunglasses, but can die in one hit. 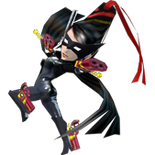 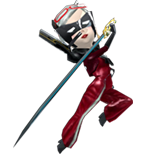 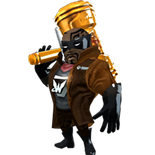