It was founded under the name ODD Ltd. in February 2006, which changed its name to ODD Inc. a year later. In October 2007, it merged with SEEDS Inc., a company founded on August 1, 2006, by former key members of Capcom's defunct Clover Studio, namely Atsushi Inaba, Hideki Kamiya, and Shinji Mikami. It retains other former members of the studio. After the merger, the company name was soon changed to PlatinumGames afterward.

The name of the studio is named after the element platinum, a metal renowned for its high quality that keeps its luster forever.

In a recent interview with IGN, Kamiya stated that if given the opportunity, he would like PlatinumGames to become a second-party developer for Nintendo. 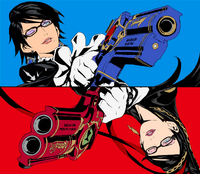