View source
watch 01:14
'Bayonetta' Lore: Items
Do you like this video?
Play Sound 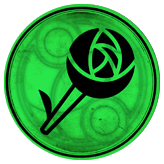 Items are materials and tools that can be obtained in both games, Bayonetta and Bayonetta 2. Most of them can be bought from Rodin at The Gates of Hell, with points during the Angel Attack! mini-game at the end of each mission in the games, or after the versus mini-games in Story mode.

Despite their description stating that they are rare, Halos (

) are actually the most commonly obtained item in both of the Bayonetta games. They are dropped by Angels of all kinds, are rewarded based on combat performance and at the end of each verse depending on the player's rating. Halos are used to buy everything within the Gates of Hell from Rodin, and they're also in cheat codes to purchase unlockable weapons and characters. Their design seems based on the Rings found in the Sonic the Hedgehog franchise.

In the Wii U Version, when the player chooses the Link, Peach or Daisy costumes, the appearance of Halos changes to that of Rupees or Coins (together with their sound effects when collected) to reflect the currency used in those games (Zelda or Super Mario, respectively).

A very rare metal containing the essence of a demon's life force. Used in business transactions within Inferno.

The demons fought in Bayonetta 2 drop their own form of currency that resembles crystallized demonic blood. While visually they appear to be distinct from Halos, the crystalline currency is added directly to your

count, making them a cosmetic nod to the differences between the denizens of Inferno and their gilded counterparts.

Lollipops are consumable items that provide an immediate effect when used, they can be bound to the up, left, and right directions of the D-Pad to be used immediately without having to pause and go to the menu. They each come in two forms, normal and mega, with mega lollipops having double the effect or duration of their normal versions.

An herb-shaped candy lollipop containing an extract with healing properties. It recovers Bayonetta's health when used, the Mega version recovers twice as much health.

During a cutscene where Bayonetta will have a lollipop, pressing down the button corresponding with the lollipop's color the moment she removes it from her mouth will grant the effect of one of the lollipops immediately after the cutscene ends. This only gives the effect of the lollipop, it is not obtained in the player's inventory, and it only works on scenes that cut directly to a fight afterward. This bonus lollipop effect doesn't count as a used item and will not affect your final score on a mission.

A Magical Flute said to have been played by the mythical Sirens. Releases a wave of high-frequency spiritual energy that causes heavy damage to any nearby angels.

A wondrous demonic medicine that can save a witch from the depths of mortality, it is automatically used when Bayonetta's vitality is depleted and acts as a second chance.

A mysterious blue stone in the shape of a heart, it extends the life bar by three Witch Hearts' worth, even when all normal Witch Hearts have been obtained. It can only be bought from the Angel Attack! mini-game for 40 points and lasts a single chapter.

A magical pearl fragment, when two are obtained they are combined into a completed Moon Pearl and will permanently increase Bayonetta's magic gauge by one orb. There are sixteen Broken Moon Pearls to find throughout the first game for eight extensions to the magic gauge, as well as eight complete Pearls that can be bought at the Gates of Hell.

A strange golden pearl that automatically recharges two orbs of the magic gauge when it is empty. When combined with Eternal Testimony accessory, their effect will stack and recharge up to four orbs whenever it empties. It can only be bought from the Angel Attack! mini-game for 40 points and lasts a single chapter.

It is said that whoever rings this bell will be blessed with unexpected wealth. Using this item will temporarily cause all angels and demons to glow while the bell is active, attacking enemies under the effect of this item will cause them to bleed out more halos/orbs than normal.

These are items that are dropped from angels or objects and are immediately picked up when near them. Some of them are collectible, while others have an immediate effect and unfortunately cannot be saved.

Green gems in the shape of laurel leaves that contain vital essence in crystallized form. The laurel leaf instantly restores half a bar's worth of vitality when picked up while a Green Laurel restores a full bar. If the health bar is full the Laurel Leaf is turned into 50 halos, while the Green Laurel is turned into 100 halos.

A trio of crystallized compounds that Bayonetta can use in concocting to create various items with different effects, they are; Baked Gecko (

)which controls vitality, and Unicorn Horn (

A single gold bullet. Each one collected gives Bayonetta three more shots during the Angel Attack! mini-game at the end of the Chapter. When replaying a Chapter, Arcade Bullets will replace any already-collected Broken Witch Hearts, Moon Pearls, and Umbran Tears of Blood.

By using the three different crystallized compounds Bayonetta can create some of the other items listed on this page for free. Below is a table listing the recipes for each item. Note that each figure in the right-hand column represents five individual items.

Artwork of the Orbs currency

Artwork of Midas's Testament (and the Angel Flute)