Bayonetta Pachislot is an arcade/gambling game developed by the SEGA SAMMY Group under the Sammy Corporation name. A Pachislot game similar to the likes of other game-themed gambling machines that feature series such as Castlevania and Tekken, Bayonetta Pachislot uses graphics, 3D model animations, and elements from the original Bayonetta, utilizing the Japanese voice actors from the Wii U and all versions after it of the game.

Bayonetta Pachislot makes use of an 'Infinity Battle System' that pits Bayonetta against various enemies first seen during her adventures to Vigrid, such as Temperantia, Father Balder, and Jeanne. The success of these battles is dependent on the player's success on the slots, with each symbol and combination providing a different outcome and deciding whether or not the player wins.

Bayonetta Pachislot works with a system of different 'modes' that change depending on the results the player gets on the reels.

In the standard exploration mode, players play the slots whilst Bayonetta walks around Vigrid and the various locales of the first game. At certain points, she will be attacked by enemies and a successful match on the reels will fend them off. During exploration, Bayonetta will often encounter particular missions to complete:

Each mission requires the successful matching of reels to win and continue.

If the player manages to land a combination of three 'Battle' icons, the game will change to the Battle phase. In this mode, Bayonetta will face off against a certain sub-boss enemy, such as a Beloved or Joy. Each enemy has a certain about of HP to deplete, shown at the bottom of the reels whilst Bayonetta's HP is shown on the left-hand side. With each successive reel spin, one of Bayonetta's HP icons will be depleted. If the slots align three of the 'Scarborough Fair' icons in a straight or diagonal row, Bayonetta's attack will be successful, the enemy will lose one of their HP, and hers will be fully restored. If the slots are unsuccessful, Bayonetta's attack will be blocked and the enemy will suffer no damage. If Bayonetta is attacked by the enemy, players can match the 'Scarborough' Fair icons to dodge out of the way. If they are unable to, Bayonetta will take damage and lose the battle if her HP is depleted.

Should she lose, the game will switch to Tracing Mode where players will have to repeat their initial success on getting the 'Battle' icons to return to battle. If the player succeeds at getting a match of icons not in a straight line, Bayonetta runs up the exit of the Vigrid catacombs and has a certain number of chances to succeed, shown by the bullets at the bottom of the screen. If players match the 'Battle' icons again, they can return to where they left off.

Successfully depleting the enemy's HP allows Bayonetta to win and she will promptly summon an Infernal Demon to finish them off. During this time, the player will have the chance to match either the red or blue 'Big Chance' icons. Depending on which color makes up the majority of the icons, Bayonetta will face off against a particular set of opponents.

Getting the red 'Big Chance' icons will cause her to face an angel boss of the four Cardinal Virtues or Jubileus herself in Climax Battle mode, the particular enemy being chosen by the player. The mechanics for the mode are a mixture of Tracing Mode and the Battle phase with Bayonetta having a certain number of actions (shown by the bullets) to attack her foes and dodge them successfully with good reel matches. The color of some bullets will require certain colored matches in order to progress. Climax Battle also adds the necessity of activating the reels in a certain order, as shown by the number above them. Players have a minimum of three rounds to beat the boss before they are returned to exploration, though the number of battles can be increased by matching good reels.

Getting the blue 'Big Chance' icons will pit Bayonetta either against Jeanne or Balder. The mechanics of this mode act nearly identically to the standard Battle mode, though forcing the player to match icons in a certain order to win. Jeanne has 15 HP to deplete whereas Balder has 10 HP. Beating either of these opponents will allow a Moon Light Dance, where matching reels during Bayonetta's dance number from the end of the first game will win players extra coins.

Like the other games in the Bayonetta series, Bayonetta Pachislot has some extra features compared to the standard game. Using the Myslot system, extra costumes from the first game can be unlocked for Bayonetta to wear. Bayonetta Pachislot also features reworked versions of music from the original Bayonetta. New vocal versions of tracks such as Red & Black are used during the fights against Jeanne whereas new original music such as the various victory 'stings' and a new vocal theme, Scent of Love, are featured throughout the game.

The reels for Bayonetta Pachislot. Each symbol combination achieves a different result.

The Infinity Battle System 3
Add a photo to this gallery 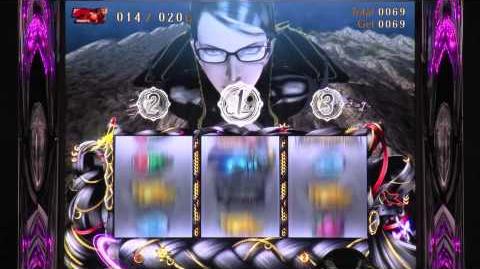 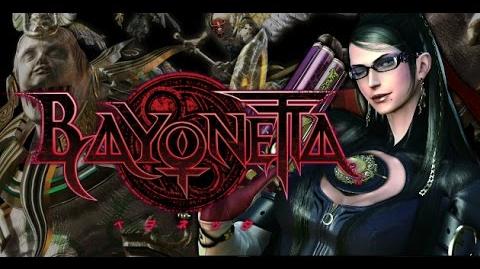 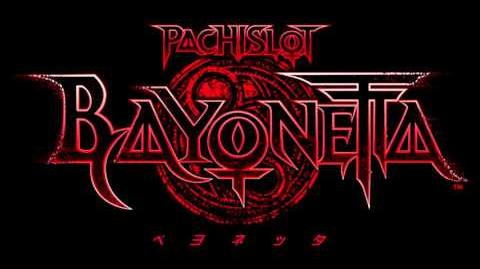 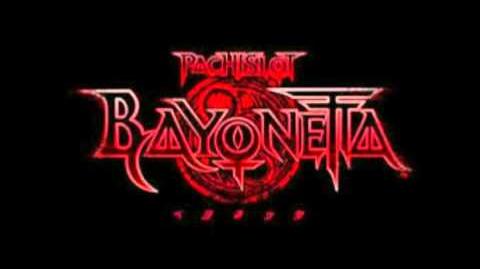 Bayonetta Pashislot OST - Red and Black
Special version of Red & Black with vocals, exclusive to Bayonetta Pachislot
Add a photo to this gallery

Retrieved from "https://bayonetta.fandom.com/wiki/Bayonetta_(Pachislot)?oldid=48414"
Community content is available under CC-BY-SA unless otherwise noted.