Accolade is a common angel type that appears in Bayonetta 2. First seen during the development trailer of the game, Accolade appears as a centaur covered in gold and ivory jewelry with a pair of wings, much like its lower counterpart Acceptance. Its most noticeable feature is the face was built into its torso.

Accolade serves a similar purpose to that of Applaud from the first Bayonetta, a more powerful version of the basic enemy angel.

"A large angel belonging to the Third Sphere, tasked with commanding the lowest ranking angels.

Accolades are adept at using many of Paradiso's weaponry, including swords, hammers, and whips. They use these to instill fear in the hearts of all those who doubt the might of God. Accolades have long lived in legend; at times, they were said to have answered the prayers of the most devout followers by temporarily bestowing upon them one of these divine instruments."

Accolades appear as 4 different variants throughout the game, each with their own distinct armor and weaponry to combat.

Accolade A: With red colored armor, Accolade A uses a lance weapon like Acceptance does. Though it is harder to stun through basic attacks again, Accolade A's attacks are the same as Acceptance and frequent use of Witch Time makes fighting them simple.

Accolade B: Accolade B wears green armor and wields a pair of Greatswords. Accolade B's attacks are stronger than Accolade A's but are still easily telegraphed, meaning only a little more precision is required to beat them.

Accolade C/D: Wearing armor comprised of more yellow and golden hues with slight different in detail, Accolades C and D are the most 'Tanker' of the Accolade variants to deal with. Accolade C wields a Greathammer whilst Accolade D uses a pair of shields that block attacks. Both types are incredibly hard to stun, with Accolade C having the potential to deal the most damage through its hammer swings. Accolade D's shield can only be broken through with a particular strong attack or through using Witch Time, making them difficult enemies to deal with when trying to maintain a good combo score. A stunned Accolade C is vulnerable to the Ride Punish Attack that will force it to attack nearby enemies before Bayonetta kills it, and an Accolade D with its shield parted can be dispatched quickly with the "Counter" command that appears as it tries to attack.

Accolade in general is easily dealt with by the player's preferred weapon combinations as they are still fairly basic when compared to other angels. The exceptions to this rule may include the C/D variants which can only be stunned through particularly heavy weaponry such as Takemikazuchi, the charge and release slashes of Salamandra, or the use of their corresponding Punish Attacks.

In Christian mythology, Archangels either occupy the second lowest or the very highest rank of angels. Additionally, there are seven specifically named archangels that stand before the throne of God. Gabriel and Michael are the only two named in 66 book canonical Christian Bible, with the others mentioned in various apocrypha. 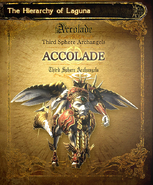 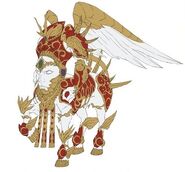 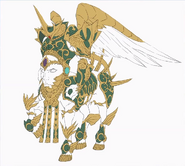 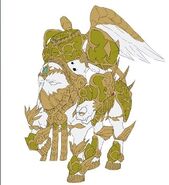