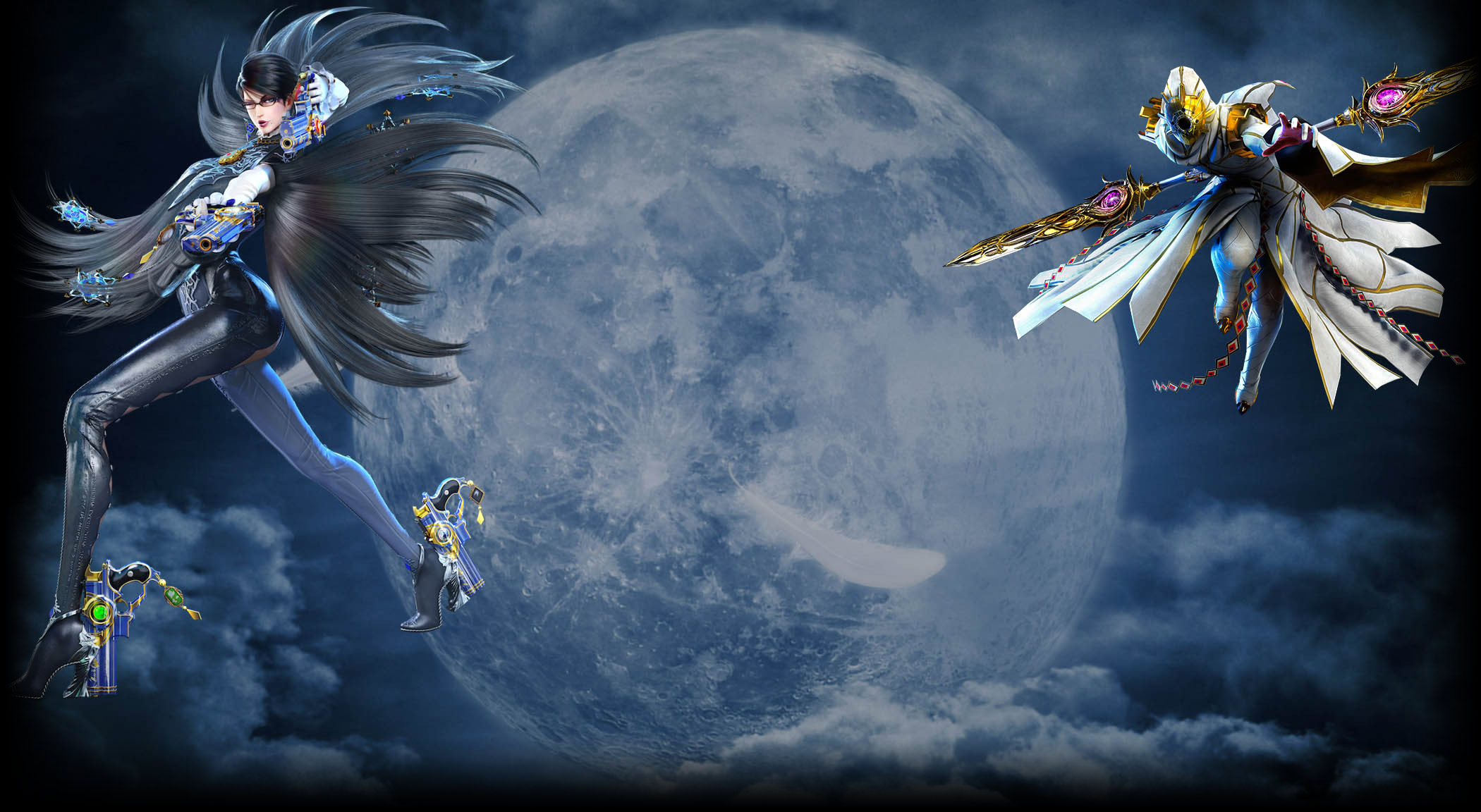 What's on your mind?

Hello, Bayonetta Wiki! My name is SlyCooperFan1 (call me Sly!), and I'm the new Wiki Manager for your wiki, replacing Technobliterator who can no longer continue the position. I act as a liaison between this community and Fandom Staff and I'm here to provide assistance wherever needed, so please feel free to reach out if you have any questions! If you want to get in touch, send me a message on my message wall!

I am new here, and I just wanted to say something.

What if, in Bayonetta 3, Bayonetta has LONG hair???

I'm all up for it, and who knows maybe, JUST MAYBE, it might happen....

Since we haven't gotten any news in two years how about we keep the game in our minds and keep the conversation going I don't have any theories myself but I have noticed a "breaking in half" theme going on in the teaser. I'd be happy to hear some of your guy's theories and share my opinion on them

Many wikis have a Discord, and I think it's much better that way. Contributors can talk about their edits or about which page to create next in a much modern way compared to the discussions on wikis. This is just an idea but I think it would make this wiki much better and active.

Can anyone tell me where they got the information of this here? I like to know the actual source.

DMC is back with a 5th game and Nero's got something new since his Devil Bringer.

How about in Bayonetta 3, we have a new character with a new Lumen Sage? It'd be nice to bring back the wolf transformation.

If you've been wondering if the game still even exists in any iteration, fear not. After ages of silence, the devs have popped their heads up from their desks to say that it's still coming and they're very excited about it!

Welcome to the Discussions for all things Bayonetta :) Feel free to talk about the franchise, characters, and anything else related! Just be sure to stay within the Guidelines and remain respectful towards other posters.

I thought the umbra witch symbol was red
(edited by Alexj98)
What would it be like if they work together?
(edited by Destinithompson)
Bayonetta (character)

The page for page for the character Bayonetta is not working, and only displaying the Spoiler warning.

It's a dumb topic, but hey, it's Christmas time. Based on some of the crazy crap that goes down between Paradiso, Inferno, the World of Chaos, and Purgatorio, it wouldn't surprise me one bit if there was a Santa Claus in the World of Chaos, who used a super powerful form of Witch Time to freeze time for long enough for him to fly around the world and deliver presents, while manipulating the memories of each household's gift-givers to make them believe that they purchased the gifts, keeping Santa hidden. Plus, during the cutscene in The Gates of Hell after the prologue of Bayonetta 2, Bayo says to Enzo, "Let the real Santa handle the presents!". Knowing her, this is just as likely to be a joke as it is to be an actual 'get your Italian ass in gear'.

(edited by Supersonic25730)
I noticed a couple of pages here have lots of grammatical and sentence structuring issues. Whoever's in charge needs help or something to review these things to keep the info up to date.
(edited by ACWeapons)

I've just gone over the teaser for Bayonetta 3, frame by frame, and found some surprising information. I'll go through what I've found, and explain it at the end-

The moon turns red, and the ribbon that usually holds up Bayo's hair in her B1 design drifts through the air before ripping in half

Bayonetta is seen getting the absolute crap beat out of her by balls of electricity. She then appears in her B1 design, and fires in slow motion, her face beaten, cut and bloody.

An electrical figure stops the bullets using some sort of field, before causing them to shatter into pieces and fall to the ground.

The figure appears much closer, and splits itself in half.

Bayonetta is seen standing, the figure before her, before it flies away, and Bayonetta's boots fall over, trailing barely-visible purple dots, and her guns fall to the ground. The Umbran Witch symbol is sliced up, resembling a scratchy, hastily carved '3'.

What I believe this means, is that Bayonetta dies in Bayonetta 3, killed by the electrical figure, or at least, goes through something similar to what Jeanne went through at the beginning of B2. However, I don't think it's the exact same, as Jeanne's body remains behind, and her soul is pulled into Inferno, whereas Bayonetta's body and soul both up and vanish. It's also quite interesting that Platinum decided to use her B1 design for this trailer, which may suggest that this is a prequel to B1 (which B2 already kinda did, but for only one character).

I'm really hoping that this takes place after 2, and that her B2 hair was just a style she uses during the Winter or something, as, since Bayo is alive and well in 1 & 2, it would ruin all tension of her staying dead if this were a possible prequel.

We've gathered 64 of the most powerful female protagonists for our first ever Shero Bracket Tournment - and a character from YOUR fandom is competing!

What's a Shero, you ask? A Shero is a heroine from the realm of comics, books, movies, TV, and games. There were so many options to choose from, but we managed to narrow them down to 64. These competitors will battle it out for 6 rounds, with the winner announced on January 3, 2017.

Ready to smash the patriarchy? Vote for your fandom's Shero now!

I'm planning to translate this page to VietNamese language

Can i speak to the owner of the page please ? So I can have a permission

Everything will base on your's page, i'm just translate it to Vietnamese

Please contact my by reply this Discussion or my email : tuananhtran1997@gmail.com

Btw, i love you bayonetta wiki

There is a petition for developing Bayonetta 3. They can use all the support they can get. You can support the petition at: https://www.change.org/p/platinumgames-inc-developing-bayonetta-3. 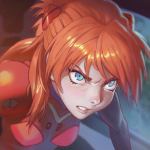 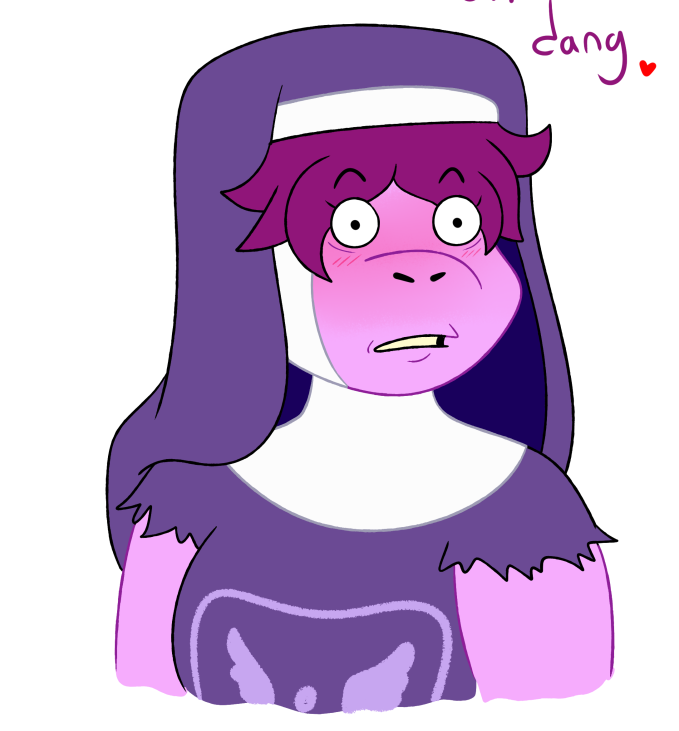 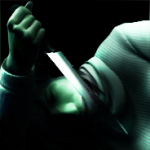 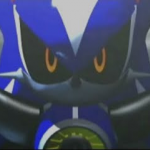 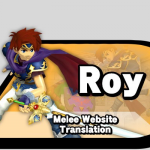 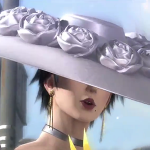 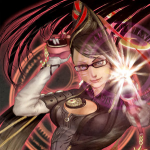